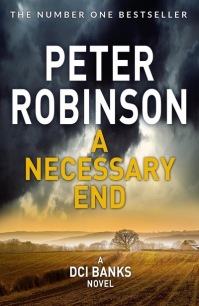 Violence erupts at an anti-nuclear demonstration in Eastvale, leaving one policeman stabbed to death. At first there are over a hundred suspects, but then things narrow down to the people who live on “Maggie’s Farm”, an isolated house high on the daleside: Seth Cotton, the quiet, strong owner; Mara Delacey, his girlfriend; Paul Boyd, a young drifter with a violent background; Zoe Hardacre, an astrologer; and Rick Trelawney, an artist with strong Marxist leanings. Also among the suspects is Dennis Osmond, a social worker involved with Jenny Fuller, Inspector Banks’s friend. As if this isn’t enough to cope with, Banks finds his freedom hampered by the politically-motivated appointment of an old enemy, Detective Superintendent Richard “Dirty Dick” Burgess, to head the investigation. Finally, warned off the case, the only way Banks can salvage his career is by beating Burgess to the killer. As the two head for a final confrontation, Banks pieces together the full story behind his most tragic case so far.

“Peter Robinson’s series of Inspector Alan Banks mysteries…just gets better and better….A Necessary End is a necessary addition to the library of any self-respecting mystery fan, as well as incontrovertible evidence that Robinson is now a name to be reckoned with among practitioners of the contemporary police procedural.” Toronto Star

“If you enjoy the British approach to murder mysteries, you’ll relish the story by ex-Brit Torontonian Peter Robinson….There are a lot of interesting characters, good background and intriguing clues.” Elizabeth Wright, Ottawa Citizen

“His powers of observation, both physical and social, equip him to write first class books.” Peter Ferris, Winnipeg Free Press

“A Necessary End could also be called “A Satisfactory End.” It is one of those rare finds in crime fiction, a story with an interesting puzzle that doesn’t leave you groaning…..I think we can be assured that we have a series that is going to be with us for a long time to come.” Peter Wilson, The Vancouver Sun

“Well-written, and with a rich and varied cast of believable characters, A Necessary End is Robinson’s best novel to date.” Allan J. Gedalof, London Free Press

“A Necessary End is the third mystery by Peter Robinson featuring Detective Chief Inspector Alan Banks…and it’s the best one so far….A Necessary End is proof that Robinson has his craft well in hand. The story clicks along and the ending is plausible and tidy.” Margaret Cannon, Globe and Mail

“Perceptive insights into the philosophies of police and protesters, a strong farmhouse feel, and a sad, disturbing explanation.” Marcel Berlins, The Times (London)

“Peter Robinson obviously does not believe in the Miss Marple school of detective fiction. That’s what makes his novels so gripping–carefully plotted storylines and a healthy dose of reality.” Western Daily Press (Bristol)